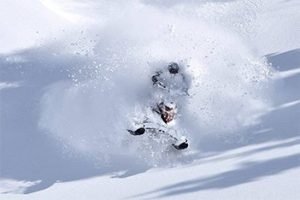 If you have been a follower of the Michigan snowmobile budget, I mean the state budget that the Michigan Department of Natural Resources (DNR) pigeon holes our snowmobile permit funds into; you know that this is the second time funds have been left sitting in the Snowmobile Trail Improvement Fund reserves. These funds should have been spent on equipment purchases.

It was four years ago that MSA members made the observation that the amount allocated for groomer purchases was just not adding up. After an internal audit, the DNR told us that there was indeed money left in the equipment purchase account — money that had not been expended. Those additional funds were then used during the next fiscal year. The funds were used exactly what they were intended for; to purchase and replace worn out grooming equipment.

As the headline of this column implies (You guessed it.), the same thing has happened again. At the December Snowmobile Advisory Workgroup (SAW) meeting the new state finance guy in the DNR presented a final 2018 budget. This was presented along with the estimated 2019 budget. Low and behold there it was; nearly $6 million additional in the snowmobile program’s reserve account. This reserve account is usually kept to around $2.4 million. This money is carried over (in reserves), so that the bills would be paid if it did not snow during that budget year.

Working to Form an Accurate Budget

When our snowmobile budgets are put together, we work with the DNR — taking into account history, trends, and the year’s weather prediction. To further explain, the DNR is currently working on the recommendations for the 2020 snowmobile budget, but not really, what they are working on is a base for the 2021 snowmobile budget. The 2020 budget has most of the costs already roughed in. When I say, I mean they already have a base for income using past trail permit sales, estimated gas tax revenues, and interest on our funds collected from past years.

As for expenditures (again for a baseline), the DNR takes an average expended in each of the sub accounts, in the snowmobile program during past years. Those expenditures include grooming, brushing and signing, comp insurance, liability insurance, property leases, parking lot maintenance-snowplowing and porta johns, equipment purchases, equipment leases, and equipment major repairs. That total is then granted to the grant sponsors.

Our snowmobile budget also funds various DNR expenses including operations, salaries, wages, travel and miscellaneous expenses. On top of that, our share of government has to be paid for out of the snowmobile budget. Every program in the state pays a percentage of their budget to keep the government running. Those government offices include executive, legal services, information and technology, finance, marketing, and operation.

So, here we are again looking at money that was not stolen or misplaced, but was just sitting in an account waiting to buy equipment. This equipment is badly needed in the snowmobile program. MSA is working with the DNR to make sure this issue does not happen again!

How the Process Works

Let me tell you how the process is supposed to work. At the beginning of each fiscal year a dollar amount is encumbered (restricted) for grooming grants. Each grant sponsor is given a contract with a dollar figure in it. That figure is again based on history of snow, length of the season, and the number of times it is estimated that the grant sponsor will groom for the winter.

The grooming season has a potential of 16 grooming weeks. Grant sponsors are paid $4.75 per mile; based on grooming the full Michigan snowmobile trail system, six days a week.

We know that Region 1 (Upper Peninsula) has a potential of 16 weeks, but history says that it is usually grooms about 14 weeks. Region 2 (Northern Lower Peninsula) has the 16-week potential, but history says grant sponsors groom for 11 weeks. Region 3 (Southern Lower Peninsula) has history of six weeks of grooming. Using all those averages grant sponsors then sign contracts. It’s their job, working with their DNR field contact to stay within the budget. For those areas that usually go the entire 16 weeks, an amendment to their contract is added, and money added as needed.

After Grant Sponsors Are Paid for Grooming

Next, the SAW equipment subcommittee looks at all of the requests for replacements and creates a list of recommendations in order — worst case first. By this time, the DNR budget department has let the DNR snowmobile program manager know how many dollars are available to spend. In the past, that number has averaged $2 million. This is about enough to purchase six to eight tractors depending on the trade in values of the older equipment that is being replaced.

Here is where the issue lies. We were told that in 2016, 2017, 2018 things were going to be tight. We were told that we needed to conserve, because the cost of Tier 5 diesel engines, (new EPA rules) were going to increase. The cost of grooming tractors continues to increase and our purchasing power decreases. Again, last June we cut back on equipment purchases because the DNR told us we did not have the money in the budget. We are looking at a breakdown in the reporting of funds available for equipment purchases. MSA will continue to press the DNR to fix the reporting error.

The good news is we have money to purchase equipment t! Unfortunately, we do not get to make those purchases right away. The money is there, and it is protected (thank you MSA for initiating legislation to constitutionally protect those funds), but the 2019 budget that has been approved by the State Legislature last June does not contain the appropriation for the additional $6 million. A special appropriation will be needed before the funds can be spent.

The money is there, spending it shouldn’t be a problem, right? Typically, the DNR will ask for a special appropriation every year, and as history shows us it usually does not get passed until July or August of that budget year. MSA wants to get equipment ordered ASAP, so I think we need to get our legislative team on this issue right away. Hopefully, we can discuss this on the legislative ride, and our efforts will pay off. We need to get this done, and purchase equipment with those funds.

As for figuring out how to avoid this in the future, we will look into the issue more this year; in the hopes of finding a solution. For more information on a solution to this problem, look to future issues of the Michigan Snowmobile News.